JENI HANSEN GARD
The Dinner Party, 2013
At the beginning of graduate school, during a transitional time, in an effort to work quickly through ideas, I stepped away from clay as my primary material. I soon realized in removing the material I had lost something essential to my process of creating. In the absence of the material, I was able to see its relevance. I returned to the ceramic vessel and human interaction for, The Dinner Party in 2013. I made a series of dish sets. Each set was decorated with organic shapes, abstract patterns, and a phrase to enact movement. At the dinner party I served a plated meal to a group of invited guests. As they ate, they uncovered the phrases that were stamped into the clay. The dinner became a performance in which everyone was participating, moving, dancing, jumping, and standing on chairs following the instructions on their vessels. As the excitement of the evening wore off and I was left at home alone doing the dishes, I questioned what had been the most important element of the night’s events. Moving forward, my work focused on the relationship between people, the food they consume, and the vessel they consume it from. 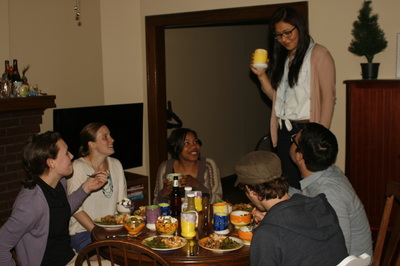 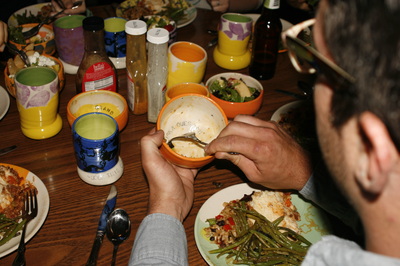 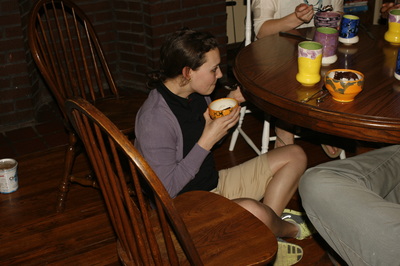 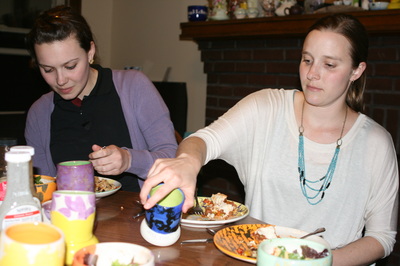 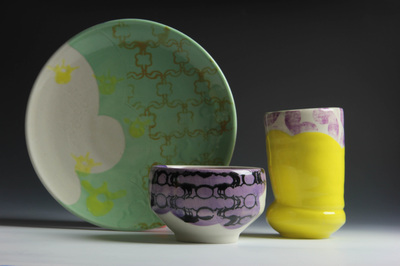 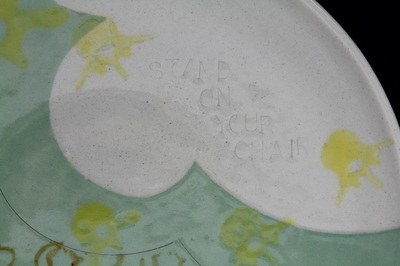 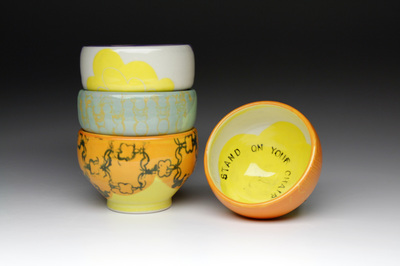 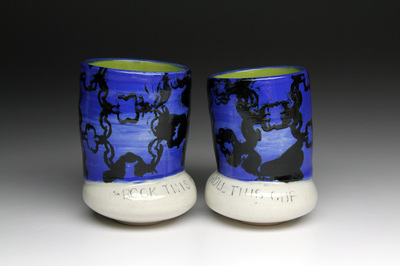 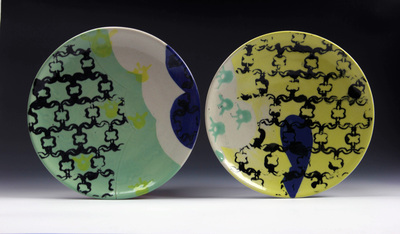 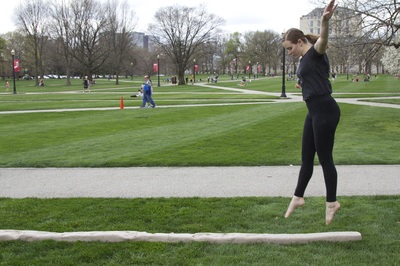 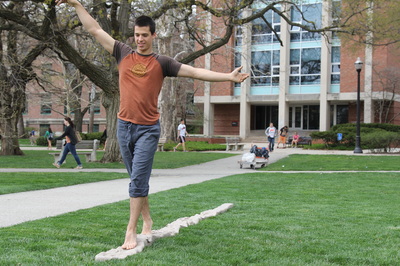 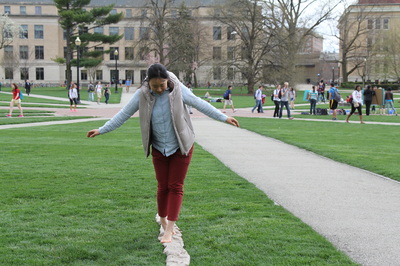 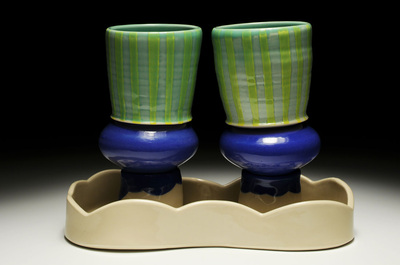 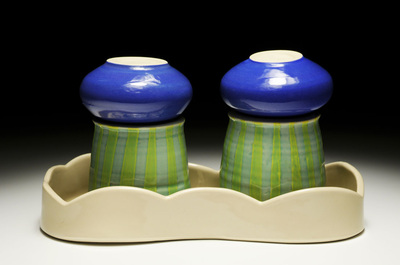 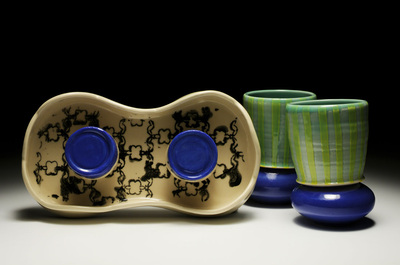 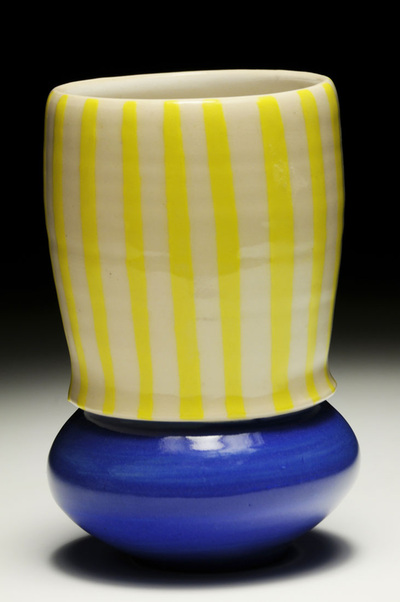 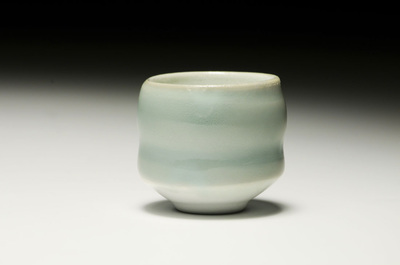 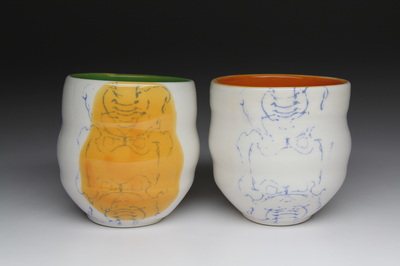 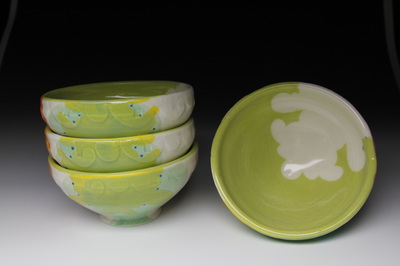 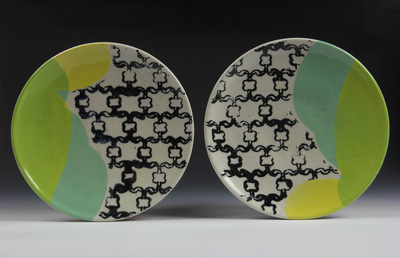 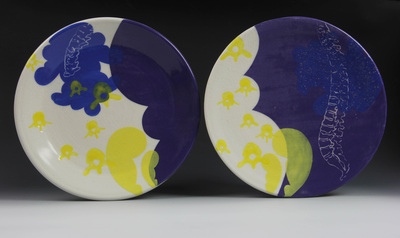 Images from work made during a class at Arrowmont School of Arts and Crafts, 2013 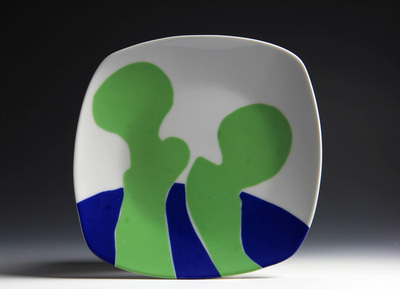 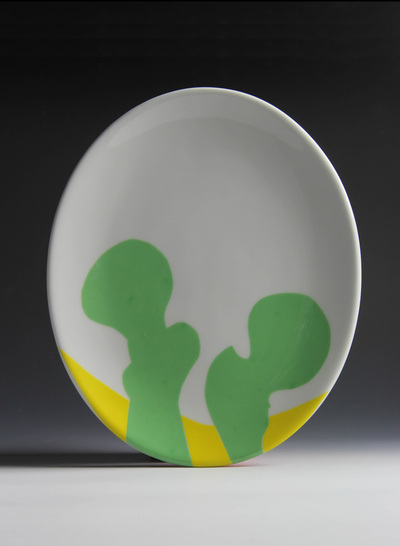 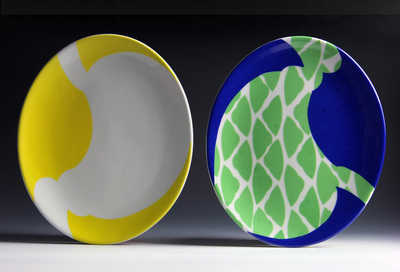 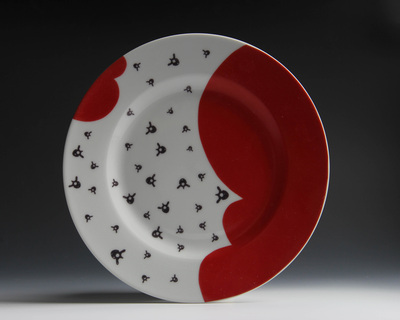